The State of Manufacturing in California 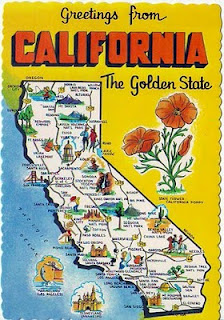 As the most highly populated state in the United States, California has a significant impact on the country’s manufacturing sector. The Golden State is home to the nation’s second and sixth largest census statistical areas (Los Angeles Metropolitan Area and San Francisco Bay Area). Additionally, California’s diverse geography ranges from the coastal shores to the Sierra Nevada Mountains, the Mojave Desert and beyond, creating a varied landscape to sustain varied types of production.

The size and depth of our state’s population and geography allow an impressive manufacturing sector to thrive. Manufacturers in California account for over 11% of the total output in the state and employ 9% of the state’s workforce.

The size and capabilities of California’s economy mean that the Golden State’s output and exports are substantial. Total output from the manufacturing sector has been increasing for the past several years. In 2011, California companies exported over $159 billion worth of merchandise. Also, most of the exports that come from the state are manufacturing products; 87% of California’s exports belong to the industry.

Given all of this information, it is no surprise that California is the nation’s leading industrial state and ranks first for almost every general manufacturing category. We are among the nation’s leading industries for machinery, fabricated metals, agricultural products, food processing, computers and aerospace technology. California is truly America’s “Golden State” for manufacturing!

To learn more about exporting, click here to view CMTC’s Benefits of Exporting video. To see all of the great products made by our manufacturers, click here to visit the Made in California page!

Topics: Manufacturing, Made in CA