How To Attract Millennials and Preserve the Future of Manufacturing: Part 1 of a 2 Part Series

Millennials. If you Google the term, you get 3,190,000 results! There has been a lot of discussion and analysis about this group, which includes people born roughly between the early 1980’s to the early 2000’s, according to Wikipedia. Many have said, with the current and upcoming workforce skills shortage, that the future of manufacturing hinges on this generation. There is no more accurate statement.

The Numbers Are Scary 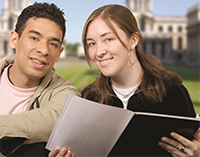 According to a Census report entitled, “The Baby Boom Cohort in the United States: 2012 to 2060” published in May of this year, by 2029 (only 15 short years away), the Baby Boomers will all have turned 65 and will account for 20% of the population of the United States. If you extrapolate that to manufacturing, you can envision the mass exodus to come over the next 15 years.

The problem is that there is little backfill for skilled jobs from the generations after the baby boomers. Part of this is due to the inaccurate perception of manufacturing as a low paying, dirty career choice and the reluctance of high school teachers and counselors to promote manufacturing careers. Most high schools are not teaching Industrial Arts due to funding cuts and are instead preparing students to progress to college after graduation. However, some young people do not want to go to college, and are left with few career options and, often, a lack of direction.

According to the Bureau of Labor Statistics (www.bls.gov) there were 248,000 manufacturing job openings in the United States in February of 2014. This seems to be a great opportunity to capture the attention of the students who feel that they have few desirable options after high school.

Who Is Going to Fill the Jobs?

According to a March, 2012 Time Magazine article written by Dan Schwabel (an expert on the millennial generation) approximately 10,000 Millennials (also called Generation Y) turn 21 every day. By 2025, three out of four people in the workforce will be from “Generation Y”. It looks like the Millennials will have to come to the rescue to save American manufacturing!

Wait a minute! Are we talking about the same people who have grown up in a world of instant information and gratification? Who seem to have the patience of a gnat for any one task, based on their skills at watching TV, playing games on their phone and texting friends, all seemingly simultaneously?

Yes, that is the future of manufacturing. And, it is not as dire as our perceptions above would indicate.

Consider the strengths of the Millennials generation (according to the  U.S. Chamber of Commerce Millennial Report):

How Do You Attract Millennials?

So, how do you attract the Millennial population to manufacturing careers in great numbers? You first have to know what they value. According to the “No Collar Study”, conducted by MTV in 2012, the millennial population has the following characteristics:

Note that nowhere on here does it say that the work has to be clean, or pretty. In fact, the casual nature of many manufacturing facilities would seem to be of value to Generation Y.

The best news is that manufacturing careers can be both high-paying and exciting for the Millennial population. This was proven by an Industry Week Salary Survey that showed that 87% of manufacturing professionals were satisfied with their careers and 42% said they were very satisfied. According to this same study, pay for managers in the manufacturing sector averaged $111,480 per year in the past year, which is an $8,000 increase over the previous year. So, Millennials can get the best of both worlds - good pay and job satisfaction.

Manufacturing Day is on October 3, 2014 and is great opportunity to reach out to Millennials. MFG Day is all about giving manufacturers a chance to share exciting, contemporary manufacturing techniques with visitors from their surrounding communities -especially students and others who are interested in manufacturing careers. Visit the Manufacturing Day website to find out how you can participate.

Part 2 of our series will cover how manufacturers can attract Millennials into the manufacturing environment.