How Virtual Reality is Changing the Manufacturing Game 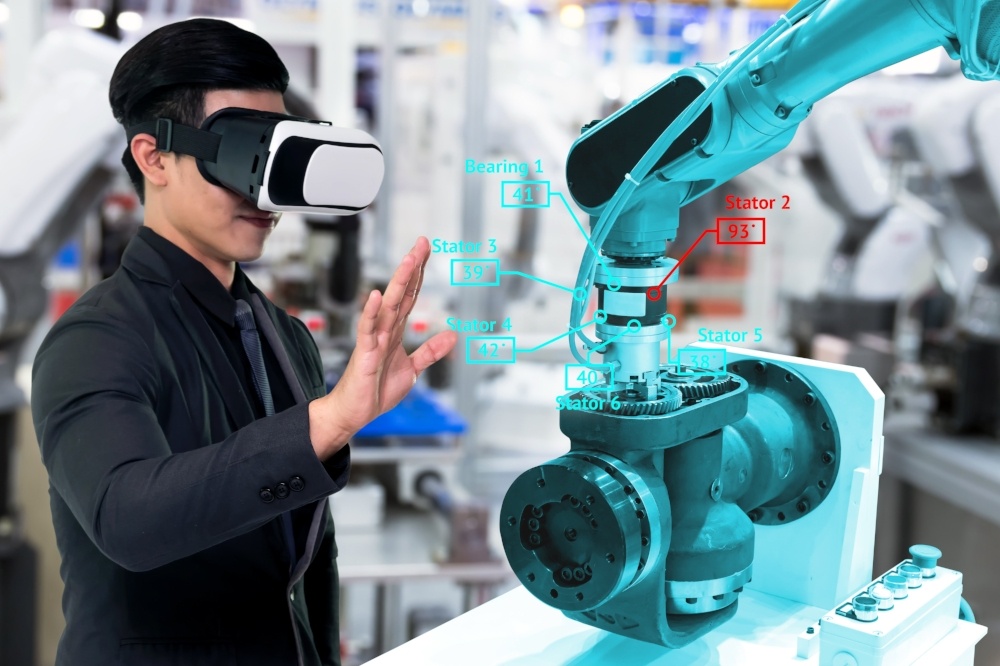 It’s no longer just for gaming! Virtual Reality (VR), sometimes referred to as Augmented Reality (AR), is shaking things up across all industries, including manufacturing. While the technology is currently being employed mainly by large manufacturers, like additive manufacturing and the cobots before it, growing acceptance of the technology is likely to cause prices to drop, allowing small and medium-sized manufacturers (SMMs) to take advantage of its powers as well. So what do you need to know about VR before it comes your way?

VR is defined by the Virtual Reality Society (VRS) as “a three-dimensional, computer-generated environment which can be explored and interacted with by a person. That person becomes part of this virtual world or is immersed within this environment and whilst there, is able to manipulate objects or perform a series of actions.” So how is VR benefitting the manufacturing sector? By improving worker safety, creating better products, and saving manufacturers money.

While manufacturing safety has improved greatly over the years, any injury or fatality is one too many. Despite holding the title of our nation’s largest manufacturing sector, California has the fourth lowest rate of fatalities in the nation, and VR is poised to reduce that rate even further. VR allows plant managers to simulate the production process and assembly line configurations, identifying potentially dangerous situations. Virtual reality can also be used to immerse an employee in a future workstation, then capturing the employee’s movement to evaluate task feasibility and proficiency. Using VR, automotive giant Ford has reduced the injury rate of employees by an eye-opening 70%.

VR is making near-perfect assembly a possibility. Using goggles that employ cameras, depth sensors, and motion sensors to place images onto the real working environment, workers and engineers can “see” the proper parts and instructions on how to assemble a particular component the right way.

Aerospace company Lockheed Martin is now using VR to build the F-35. At one time, the defense giant needed a team of technicians with years of training to work on the complicated machine, but now engineers are using VR glasses to ensure each part of the warplane is on just right. The company says that this technology has enabled engineers to work 30% faster with accuracy up to 96%.

Ford may be a 115-year old company, but they remain on the cutting edge. The company has been using some form of VR since 2000 to fine-tune the designs of their automobiles. "We want to be able to see the cars and our designs, and experience them before we have actually produced them,” says Elizabeth Baron, VR and Advanced Technical Specialist. Another way Ford puts VR to use is to simulate road and weather conditions such as snow and rain to test mechanics from a driver’s perspective in order to create a safer product.

Building airplanes is no easy feat, and when hundreds of lives will be at stake, there’s no room for error. “Traditionally technicians had to look at and interpret a two-dimensional twenty-foot-long drawing and construct that image in their mind and attempt to wire based on this mental model,” says Brian Laughlin, Boeing Technical Fellow. “By using [VR], technicians can easily see where the electrical wiring goes in the aircraft fuselage. They can roam around the airplane and see the wiring renderings in full depth within their surroundings and access instructions hands-free.”

To get products that meet specifications, prototypes must be created, tested, and then retested. This can get very expensive. Using VR, manufacturers like Boeing are eliminating the need to build full-scale models. Using Microsoft’s VR technology, HoloLens, engineers are able to see each piece of equipment involved in the design of a product and put it together in the virtual world before constructing it for real. Using this approach, Boeing believes it will cut training time by 75% per person, saving millions.

The Future of Virtual Reality and the Rise of VRaaS

Over the next 5 years, it’s predicted that VR technology will be doubling in pixels for better image rendering, widening its field of view, and developing better virtual sound amplification. For manufacturers already in the VR realm, these improvements will help drive efficiencies, increase productivity, and save both lives and money. For SMMs and others not yet engaging with VR technology, the good news is that by the time its usage becomes more widespread, any kinks will be ironed out so that you’re working with the very best version of VR available.

Can’t wait to get a taste of VR? Forward-thinking companies such as VRoom are already offering Virtual Reality as a Service (VRaaS). Expect to see more VRaaS opportunities in the coming years, and in the meantime, think about all the ways in which VR can benefit your business so you’re prepared to get into the VR game when the time is right.