Latondra Newton – Chief Corporate Social Responsibility Officer, Toyota Motor North America – provided an interesting and well-informed examination into the social issue on gender in the American manufacturing industry. Her article was published in IndustryWeek: Advancing the Business of Manufacturing, and the subject of this blog post is based on what she wrote. 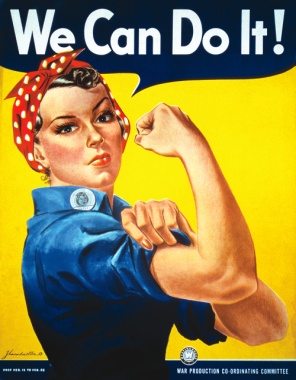 Contrary to popular stereotypes, women have been a part of the manufacturing industry for many decades. For example, women replaced their husbands, sons, brothers, and fathers in various manufacturing plants while their male counterparts served in World War II over seventy-five years ago. “Rosie the Riveter” became a cultural icon and a positive representation of the thousands of women who held the fort on the home front as the men entered the War.

Historically, manufacturing served as a major catalyst for American economic expansion. It provided strong opportunities for new immigrants, African-Americans, and other marginalized populations that struggled to overcome social and political adversity. We as Americans will always need a vast variety of physical products. The sheer demand for manufacturing continues to drive our national economy and occupy a remarkably large share of our national GDP. Newton writes:

“One could even argue that in a world that’s increasingly ephemeral, sensation-driven, and in the cloud, the ability to make physical objects that people need… actual stuff!... is more important than ever.”

There are numerous statistics to support Newton’s statement. Final records for manufactured product sales demonstrate a 50% higher value over products from other economic sectors. Further, the Manufacturing Institute reports that close to 12 million women and men work in the manufacturing industry. They earn about 20% more on average and receive better benefits than professionals outside of manufacturing.  Still, most manufacturers (approx. 80%) struggle to find all of the human capital they need for their company. That is, they have difficulty finding employees with the right skillsets. While there may be several reasons for this, Newton points out that part of the problem is “a significant underrepresentation of women in manufacturing.”

Reshaping the way we view manufacturing

The manufacturing industry has a problematic image that needs to be addressed thoroughly if we want to level the playing field and draw more women into manufacturing careers. Younger generations should be informed of the many wonderful career opportunities that manufacturing offers. They need to know that manufacturing doesn’t involve their grandparents’ “assembly line” of 60 or 70 years ago.

While the notion of “male-dominated” environment in manufacturing is no longer true and somewhat outdated, a misconception towards the industry often exists in women to this day. Manufacturing Institute research shows that women are significantly less likely to encourage their children – particularly daughters – to consider careers in manufacturing than men. However, Deloitte and the Manufacturing Institute also reports that over ¾ of women surveyed were positive about their manufacturing careers, citing their jobs as interesting, challenging, and coming with great compensation and benefits.

We need to change the conversation and educate young women about modern manufacturing and the professional advantages it has to offer.

The Manufacturing Institute spearheads its own campaign in order to close the manufacturing gender gap. The STEP Ahead Initiative, first developed in 2012 by the Institute’s Women in Manufacturing group, employs recognition, leadership, and research measures to encourage more women to enter the manufacturing industry. For instance, through STEP Ahead’s STEP Awards, women are recognized for their achievements and contributions at every level of manufacturing – from the factory floor to the C-Suite. The ultimate intention of the STEP Awards is not only to honor women in their accomplishments, but also to raise awareness on their present roles in hopes of inspiring younger women to follow in their footsteps. 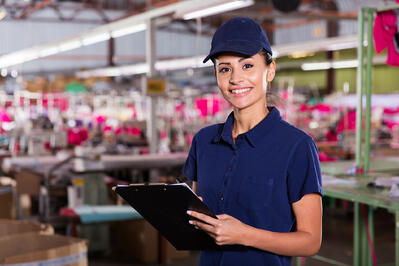 The STEP Ahead initiative is very valuable highlighting real successes of women, but there are additional actions we can take to facilitate female entrance into manufacturing. We can actively support educational STEM programs that provide hands-on training – especially in the manufacturing industry, lead the conversation with young girls and women on the tremendous benefits of going into manufacturing, and assist them in every way possible to reach their manufacturing career goals.

And as Newton puts so well:

“American women have long known they have the skills to pay the bills; it’s time – and it’s up to us – to help them gain the skills to man the drills.”