The Insider's Guide to Smart Manufacturing Trends in 2017 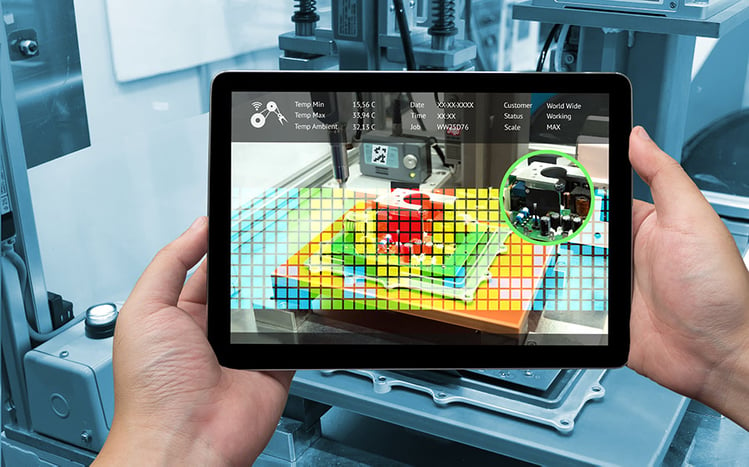 Smart manufacturing is a technology-driven approach to manufacturing that brings together advancements in information (IT) and operation technologies (OT) to rapidly and effectively solve existing issues and address future challenges using an open infrastructure while creating enhanced value. It radically alters the global landscape of manufacturing by improving many of its processes, including design, fabrication, and operations.

While  critics voice concern that robots may eventually replace humans, robotics advocates argue that the bulk of automation that can be assigned to robots is work that is considered unsafe or impossible for humans to accomplish. However, people will still play a key role by managing and maintaining the robotics programs. As such, robots are a complement—not a replacement—to human workers.

Currently, manufacturing companies use 80% of the industrial robots in the United States, according to the National Bureau of Economic Research. Boston Consulting Group predicts that robots will become easier to program and relatively cheaper to own and operate, allowing many small manufacturers to afford them.

Forrester projects that 10 million jobs will be lost to robots, but robotics will not destroy all the human jobs. Instead, it will transform the workforce by allowing people to perform entirely new jobs and gain specialized skill sets while working side by side with robots.

Augmented reality (AR), a form of virtual reality that aims to duplicate the real environment in a computer, helps simplify complex processes by putting together thousands of components in precise sequences and shortening lengthy instructions.

Augmented reality (AR) used to be considered a form of marketing hype to bolster the smart manufacturing concept. Today, AR is making significant strides in solving or assisting with daily challenges on the manufacturing shop floor.

AR breaks down complex work instructions into technical drawings and illustrations through video and puts all of the data into AR glasses or helmets to make it easier for workers to follow the instructions and, therefore, work faster and more efficiently—a staple of Smart manufacturing.

For example: Jet engineers take years of training to assemble an aircraft. But with AR glasses, the engineers are better able to see the minute details of cables, bolts, and other granular parts that go into jet assembly. Depth sensors, motion sensors and cameras that overlay images onto their real work help workers see all the nooks and crannies with a 360-degree view, making them work easier, faster, and with greater precision.

Small businesses—not just Fortune 500 companies—are seeing opportunities in AR for marketing and sales, as well as training for their employees. AR allows businesses to simulate how their finished products will appear by creating enhanced experiences for customers to see for themselves how the products will fit in their homes, cars, or even on their bodies.

Combined with virtual reality, AR simulation also can be used to train workers for high-risk and specialized skill jobs to enhance worker safety in manufacturing, aviation, healthcare, shipbuilding, and other high-risk industries.

3D printing investments are expected to increase by 55% in 2017 and 72% in 2018 as modern companies increasingly integrate 3D printing into the day-to-day operations of their businesses. At its early stage, the focus on 3D printing is on research, development, architectural design, and prototyping. Plastics are the most commonly used materials, but metals can now be used and textiles aren’t far behind.

Automotive and aircraft manufacturers have been using 3D printing for a while to produce parts, tools, and other associated implements. Auto manufacturer Audi is leveraging 3D metal printing to produce spare parts on demand, virtually disrupting their own supply chain. In 2015, Boeing used more than 20,000 3D printed parts in their airplanes.

Even the United States space agency, NASA, has been leveraging the vast potential of 3D printing, using it to print a ratchet wrench on the International Space Station via a design file that was transmitted from Earth

The Future of Smart Manufacturing

These and many more smart manufacturing trends in 2017 can serve as a guide for how smart you would want to go with your business to stay ahead of the competition. From robotics to AR, these new technologies push the envelope and embody the idea that smart manufacturing is slated to become the next Industrial Revolution.