Blockchain: What It Is and How It Can Help Manufacturers 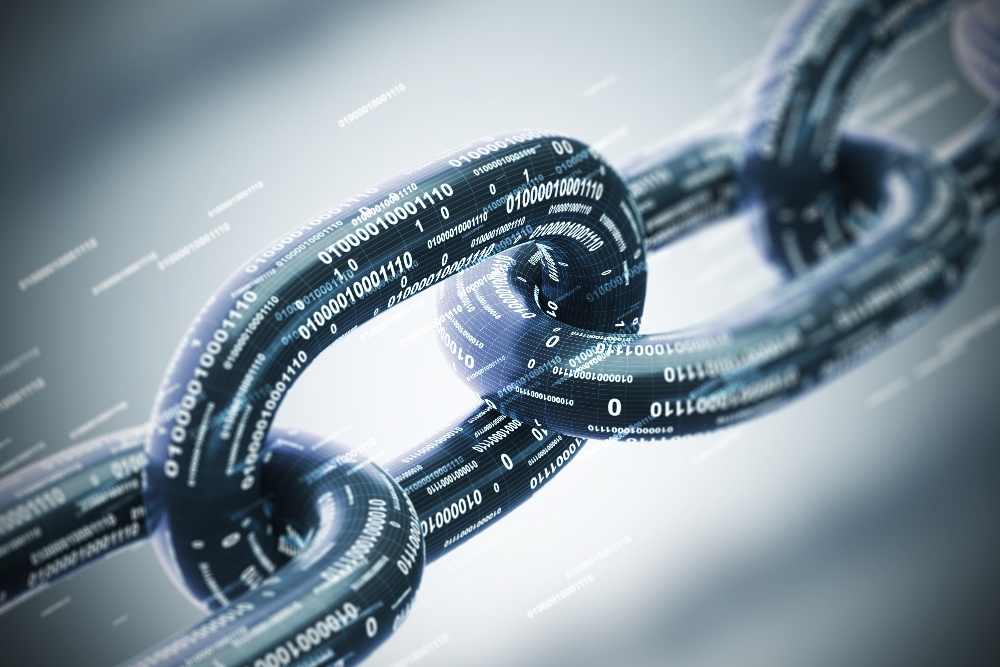 How do you know if your election vote is really counted?

How do you know the person you’re chatting with online really is who they say they are?

And how do you know if a product you purchase has really met quality standards?

These three scenarios may not seem like they have much in common, but there is a common thread: blockchain—a decentralized, open-source ledger—could hypothetically be applied to each to give you the certainty you want in each situation.

The business value-add of blockchain is projected to grow to more than $175 billion by 2025, and exceed $3 trillion by 2030, according to Gartner, a leading global research firm. But do you really know what blockchain is? Before delving into its benefits for manufacturers, here’s an explanation of blockchain.

Mention blockchain and some people immediately tune out. So, we’ll try to make this as painless as possible! Even if you determine that blockchain has no place in your small or medium-sized manufacturing business, it’s still good to have a basic understanding of the concept as it’s sure to come up sometime in conversation with others in your industry.

To start, you may know that blockchain is rooted in digital currency such as Bitcoin. With digital currency, there is no bank or middleman involved, which required the need for checks and balances.

To keep track of transactions, a digital ledger was created that people all over the world can access in order to validate transactions on their personal computer. Sounds a bit like a Google Doc, right? Unlike a Google Doc, however, people can only add to the ledger, not make changes; and instead of having one ledger accessible to everyone, the ledger is duplicated across hundreds, thousands, or even millions of locations. An addition to one person’s ledger is updated to everyone else’s ledger and it cannot be undone.

Because the ledger is public and verifiable with no central location, it’s virtually hack-proof, and because there is such a vast number of recordkeepers, it’s impossible for anyone involved in a transaction to lie about the currency’s whereabouts.

So why is it called blockchain? A record of a transaction is a block, and it becomes part of a chain of transactions. Think of it this way:

Cryptocurrency advocates like the distributed storage without the need for a middle man because without a bank or online payment system such as Paypal verifying transfers, transfers are faster and no one is taking a cut of the money.

The Evolution of Blockchain

Of course, the blockchain concept was so beneficial to the development of Bitcoin and other cryptocurrencies that it was only a matter of time before it began to be applied to other industries. Now, blockchain is being used as a digital ledger for non-financial transactions.

Today, blockchain is being taken so seriously that IBM has 1,000 employees working on blockchain-powered projects. The IT giant has also put aside $200 million for research and development. In addition, other firms increased blockchain investing to more than $2 billion in 2018.

But blockchain’s greatest potential to deliver business value is in manufacturing.

Here’s how it will work.

Transparency within a supply chain is critical to the manufacturing business, and blockchain can deliver that in spades. With blockchain, visibility is increased across every area of manufacturing from suppliers, strategic sourcing, and procurement to shop floor operations including machine-level monitoring and service.

An effective and efficient supply chain is a critical component of manufacturing. However, with supply chains operating across multiple organizations, states, and even countries, it can become difficult to gain transparency into each moving part. Making matters worse, there is often no uniform method of recording, storing, and exchanging data.

This is where blockchain comes into play. Blockchain has the power to build better, smarter, and more secure supply chains, tracking a product’s journey every step of the way. No longer do individuals within a supply chain have to wonder when materials shipped out, who handled them, and when they’ll arrive; the trail is audited with real-time visibility and recorded as blocks in a chain.

“Many manufacturers are very excited about blockchain’s potential ability to verify goods moving through the manufacturing supply chain,” says Greg Cline, head of research for the Aberdeen Group’s Manufacturing, Product Innovation, and Engineering practices division. “The highly transactional and often multi-step nature of business process services means that the potential applications of blockchain in manufacturing are significant.”

What Manufacturers Are Saying

A recent study by the Capgemini Research Institute provides valuable insights into how blockchain can improve supply chains and manufacturing. The institute surveyed over 730 organizations around the globe regarding their current and planned blockchain initiatives. Key takeaways of the study include the following:

Want to read more? The Capgemini study is available here.

The Future of Blockchain

The Capgemini study found that nearly 15% of manufacturers are either implementing blockchain across the board or have pilots in at least one site; of this group, over 60% say that the technology has already transformed the way they collaborate with others in the supply chain and plan to increase their blockchain investment by 30% in the next three years. Whether it’s right for your business or not, blockchain is certainly a technology to keep an eye on.

Interested in learning more about blockchain? You might want to consider attending the 2019 International Conference on Blockchain (ICBC 2019). It’s being held June 25-30, in San Diego. You can learn more about the ICBC here.