California Aims to Put an End to Workplace Harassment 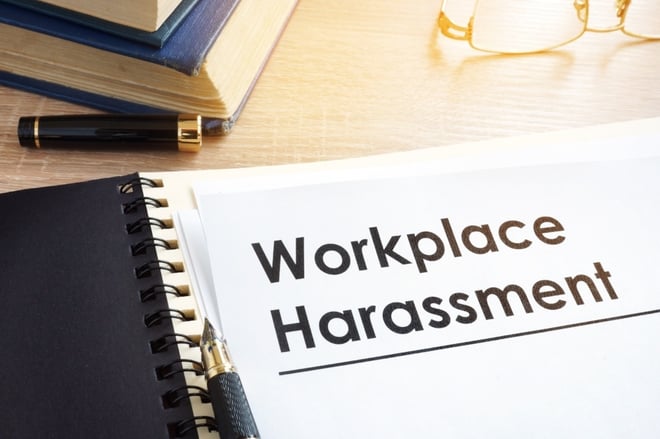 California not only leads the country in manufacturing, it’s also setting the standard for workplace harassment avoidance and prevention training. The Golden State is one of just three states (including Maine and Connecticut) requiring the training, and imposing serious consequences if not complied with properly. For some small and medium-sized manufacturers, the regulations undoubtedly raise some questions.

This may seem like a silly question, but too often people think only of verbal or physical sexual harassment between people of the opposite gender, especially in light of recent scandals making the news. However, workplace harassment takes on many forms, and can also include offensive jokes, slurs, name-calling, ridicule, offensive pictures, stalking, bullying, cyberbullying, and more. Harassers can be bosses, subordinates, co-workers, and even non-employees such as a company vendor.

The victims of harassment can differ greatly, and they may be targeted due to any of the following:

The manufacturing industry ranks third out of twenty industries for total sexual harassment charges filed, at almost 12 percent. “Because manufacturing jobs such as machinists and craft workers have long been male-dominated, women who enter the field may lack power or be seen as outsiders, thus making them targets for harassment,” says Jocelyn Frye of the Center for American Progress (CAP).

But again, harassment has a much broader definition. In 2016 alone, over 2,000 allegations of harassment were made, leading to $482 million in settlements, according to the Equal Employment Opportunity Commission (EEOC). Some of the biggest cases and largest awards were in California and were not due to sexual harassment; a quick internet search uncovers countless cases, including:

How are employees being awarded such high figures? Employees and applicants (yes, harassment charges can also be filed based on the hiring process or interview) who successfully prove harassment, discrimination, or bullying stand to recover some or all of the following, and these numbers can add up quickly:

Covered under the California Department of Fair Employment and Housing, AB 1825 states that employers must “take reasonable steps to prevent and correct wrongful behavior in the workplace.” Some of the ways the bill enforces this include the following requirements:

Even if your company has less than 50 employees, your obligation to address workplace harassment should be no different; while training may not be a requirement, it's a good business practice—and as strong an insurance policy.

While many small and medium-sized manufacturers already have some harassment training or guidelines in place, AB 1825 maintains that compliant employers must:

Today, harassment in the workplace is dominating conversation (in fact, internet searches for harassment have recently jumped over 565 percent). So what can be done? In addition to complying with AB 1825 regulations, here are three more steps you can take now to help make your factory less prone to harassment.

With California leading the way in harassment training and an increasing focus on harassment in the workplace across the country, now is the time to be sure you have policies and plans in place so that your employees—and your manufacturing business—don’t become the next victim.