CES 2020 Roundup: A Focus on Robotics and AI 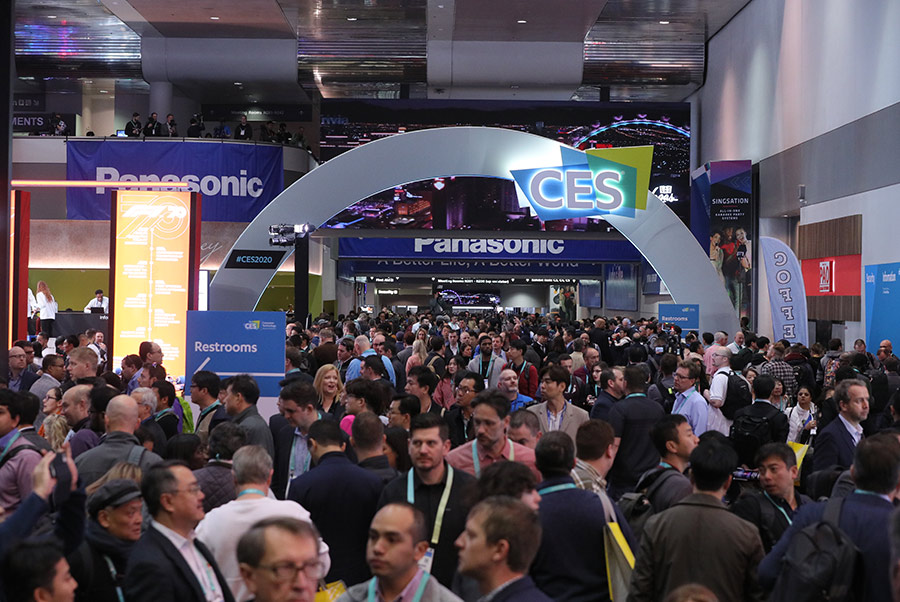 A proving ground for established companies and startups, innovators and entrepreneurs, the annual four-day Consumer Electronics Show in Las Vegas was decked-out with new tech this year. California was well-represented, with more than 650 Golden State companies showing up to show off. Many of the most exciting exhibits had a focus on robotics and artificial intelligence (AI), and for good reason: According to Loup Ventures research, the industrial robotics market is expected to grow by 175% over the next decade. Much of this growth (nearly 35%) will be due to an increase in collaborative robots (“cobots”) designed to work safely alongside humans in factories and plants. AI is also witnessing huge growth, with forecasts expecting it to become a $190 billion industry by 2025.

With this in mind, here's a look at some of the most innovative robotic and AI creations featured at CES 2020.

Additive manufacturing has been revolutionizing the medical industry, helping to create durable prosthetics and much more to make surgeon’s jobs easier and patient’s lives better. Now, artificial intelligence is also transforming the field. At the CES BrainCo booth, a prosthetic hand-powered by AI was revealed. The device works by translating the user’s brain waves and muscle contractions into the hand movement the user wants to make. The AI-powered prosthetic is currently under review with the FDA, and once approved is expected to retail for around $10,000.

A new city was unveiled at CES 2020. Yes, you read that right! Toyota’s Akio Toyoda took to the stage to announce that the company has developed an experimental new city in Shizuoka, Japan, near Mt. Fuji. But why? Mr. Toyoda explained that the automobile company “yearns to create transportation solutions for cities that don’t even exist yet,” so they’ve converted a former factory site into what they're calling the “Woven City.” This 100% smart city is complete with AI, self-driving cars, and an autonomous underground package delivery network. Check out the scale of the urban incubator project on Toyota’s Woven City site and read more about how manufacturers are applying AI-powered analytics to their data to transform the customer experience in our story on Industry 4.0.

Not to be outdone, Uber and Hyundai teamed up to unveil a flying taxi that may eventually change the ride-sharing game. The companies expect the first prototype to be ready in 2023, but as far as seeing them zipping around in the sky in the near future, we’re not holding our breath. After all, Henry Ford predicted the flying car was coming back in 1940.

In a blog from 2019, Six Trending Topics in Manufacturing Today, we wrote about Flexible Hybrid Electronics (FHE), which combine the elements of the electronics and precision printing industries to create lightweight, flexible devices (one of our examples was a smartphone that folded like an early 00s flip phone). Now, Chinese tech giant Huawei has developed the Mate X. With the push of a button, this 6.6” ergonomic phone folds out to an 8” tablet, increasing screen real estate to make it more valuable for work, gaming, and more. With an asking price of $2,400, however, it’ll put a little dent in the ol’ pocketbook.

Getting back to the bots, Samsung wowed CES attendees with Ballie, a softball-shaped robot resembling Star Wars’ lovable BB-8 droid, that acts as a personal assistant. Ballie will follow its owner around the house and help with chores. Ballie’s built-in camera can detect spills, and will notify a complementary smart vacuum that it needs to clean it up. Worried about an elderly loved one falling down? Ballie will roll over so they can ask it to call 911.

Ballie wasn’t the only household robot on hand. Also making its debut was Lovot, a companion robot that gives hugs (Love + Robot, get it?). It sounds silly, but the camera on its head does double as a home monitoring system, so there’s that.

Neon, a Samsung-backed tech company from Los Gatos, California, showed off one of the most cutting-edge technologies: "artificial humans." Equal parts awesome and eerie, these “life forms” take Siri and Alexa to the next level, operating as a lifelike AI avatar that users can engage with on their mobile devices. Neons, as they’re called, do much more than tell you the weather forecast or turn off lights. Modeled after real people, a “teacher” Neon will help you become fluent in a new language, a “fitness” Neon will do yoga with you, and so on. The company expects that down the road, Neons will actually be holograms, sharing space with you in your home.

Keeping on the Cutting Edge

Robotics has come a long way since first hitting the factory floor in the early 1960s, and AI gaining traction amongst many manufacturers. Whether you’re employing the technologies in your facilities or helping to manufacture the parts that make them function, these innovations will continue to change our industry and the way we live. We’ll keep you up-to-date on new innovations in robotics and AI, and in the meantime, you can register for free to attend the Technology Showcase in Kern County on February 20 to learn about advances in manufacturing technologies, including Smart Manufacturing, Robotics, and Machine Vision technologies. Click below to RSVP!