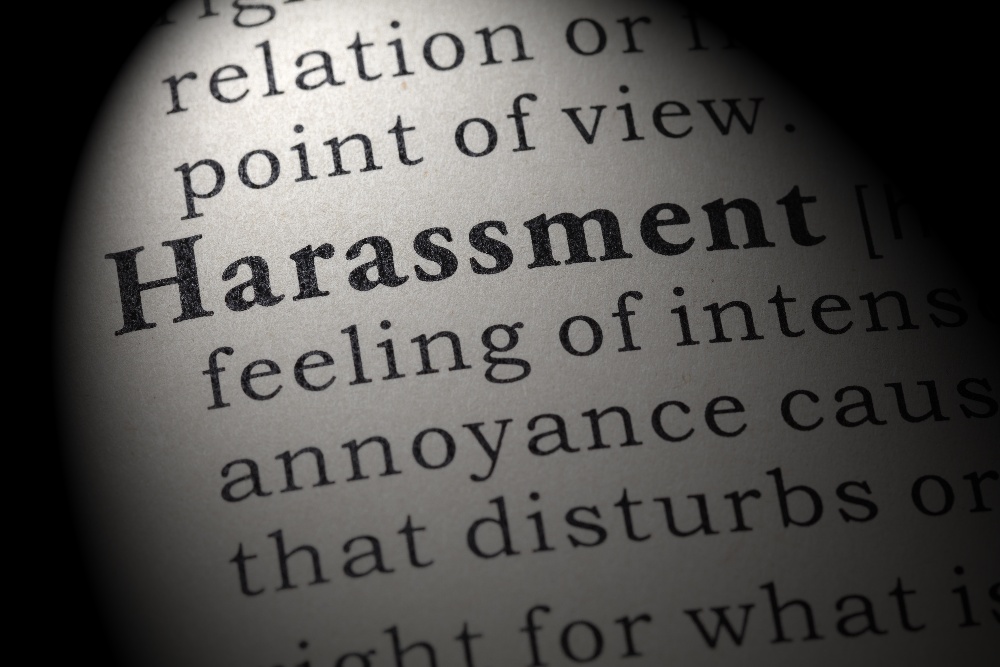 * NOTE: This blog has been updated to reflect new laws going into effect in 2021.

The Golden State began leading the way in workplace anti-harassment training in 2004, establishing a bill that required supervisors to learn about the subject. Covered under the California Department of Fair Employment and Housing (DFEH), Assembly Bill 1825 stated that employers must “take reasonable steps to prevent and correct wrongful behavior in the workplace.” Since then, additional Senate Bills have been signed in an effort to make anti-harassment training more effective, which we will cover below.

In 2018, in the wake of the #MeToo and Time’s Up movements, California enacted an amendment, Senate Bill 1343, that made several significant adjustments to the mandatory training requirements with a deadline of January 1, 2020:

Every two years, California employers with more than five employees (versus the previous threshold of 50 employees) must provide two hours of classroom or other effective interactive anti-harassment training to all supervisory employees. Training must take place within six months of hire as a supervisor or of an employee’s promotion to a supervisor and every two years thereafter.

In the rush to pass these new requirements, however, the bill failed to address some questions. For example, did supervisors trained in 2018 need to be re-trained in 2019 to be in compliance in 2020? And did employers need to train nonsupervisory employees within six months of hire? Because SB 1343 did not specifically answer these questions, a new Senate Bill, SB 778, was signed into law that addresses these ambiguities and extends the deadline for employers to comply to January 1, 2021.

With the new deadline of January 1, 2021, SB 778 states that employers who conducted the required training in 2019 will not need to give refresher training and education again until two years from that date—so, sometime in 2021. The bill also specifies that nonsupervisory employees must be trained within six months of hire, and extended the requirement to encompass seasonal, temporary, or other employees that are hired to work for less than six months. For these employees, training must be provided within 30 calendar days after the hire date or within 100 hours worked, whichever occurs first.

For additional information, you can view the DHEF’s online FAQ sheet. They have also prepared a tool kit to assist employers with their training needs, including guides, brochures, and posters.

Why is Workplace Anti-Harassment Training Important?

When it comes to harassment, people often think only of verbal or physical sexual harassment between people of the opposite gender. However, workplace harassment takes on many forms, including offensive jokes, slurs, name-calling, ridicule, offensive pictures, stalking, bullying, cyberbullying, and more. Harassers can be bosses, subordinates, co-workers, and even non-employees such as a company vendor. The victims of harassment can differ greatly, and they may be targeted due to race, religion, sexual orientation, gender or gender identity, nationality, age, mental capabilities, and physical conditions including pregnancy.

In addition, staying compliant with anti-harassment law can save manufacturers millions. The manufacturing industry ranks third out of twenty industries for total sexual harassment charges filed, at almost 12%. Although Equal Employment Opportunity Commission (EEOC) data is not yet available for 2019, more than 13,000 allegations of harassment were made in 2018, the most on record since 2004 (though significantly less than pre-2000s data). Some of the biggest cases and largest awards were in California and were not due to sexual harassment; a quick internet search uncovers numerous cases, including:

When we last discussed AB 1825 regulations, we included steps manufacturers can take now to create an anti-harassment work environment. These ideas are evergreen, and can be incorporated into your workplace today!

Fun activities help people see each other in a different light. It gets them to look past their differences and instead focus on working together. It also fosters communication, innovation, and creativity, and can even boost overall job performance!

By hiring and promoting qualified women and minorities, power dynamics can become more balanced and result in fewer harassment claims (for example, while there are some powerful women in manufacturing, just 29 percent of employees are female).

3. Create a common definition of harassment.

Employees may interpret what constitutes harassment in different ways, so it’s important to create a defining document that all must sign and adhere to. Examples include:

Workplace harassment has been dominating the public conversation lately, and California wants to put an end to it. While your employees may have partaken in training last year, it’s important that they retake training again before 2021 in order to remain compliant. We encourage manufacturers to not think of harassment training as a hassle, but rather a way to create a better—and more productive—work environment.