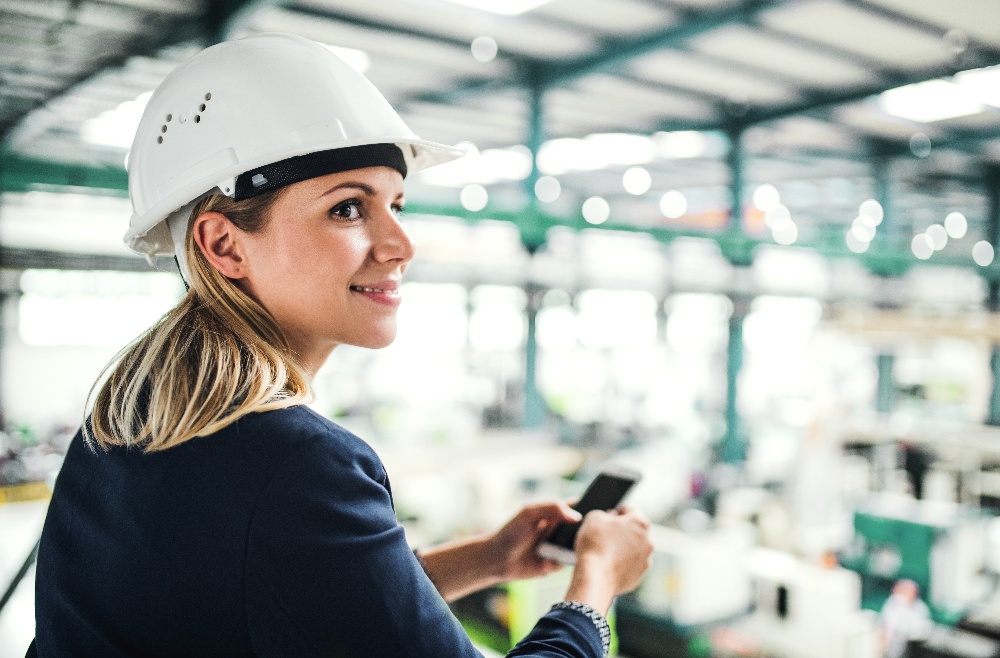 There’s a common misconception that the manufacturing industry is almost universally male-dominated. In many people’s minds, the industry is old fashioned, hanging on to dated gender biases and excluding women from managerial roles that are key to climbing the industry ladder, such as production supervisors and operations managers.

But the fact is, manufacturers are more forward-thinking than ever before, and women now make up nearly one-third of the manufacturing industry workforce in the United States. From working the production line to running their own companies, women are occupying many of the same positions as men. And while there’s still a way to go to gain equal representation in manufacturing (especially considering women make up almost half the working population at 47.5%), the figure is still greater than many people anticipate.

There are many female-led manufacturing companies, so many that when we published our 5 Exceptional Women-Owned Manufacturing Organizations in California story in 2015 we couldn’t narrow it down to just five… and wound up writing a sequel! You can read both Part 1 and Part 2 at your leisure, but today we want to highlight three female manufacturing leaders and learn about their experiences in their own words.

“I always accept challenges,” says Leah Curry, who is currently tackling a $400 million makeover of Toyota’s West Virginia auto plant to implement the TNGA (Toyota New Global Architecture) platform, which is designed to improve the performance and quality of vehicles. However, there was a time when Curry would have doubted her abilities. “Men raise their hands for a promotion. If a new project comes along, they want to be a part of it without knowing everything about it,” she explains. “Whereas women, we feel we need to know 100% to be accepted. But the fact is, no one knows everything and it’s okay to learn on the job. Sometimes, you just need the confidence.”

Curry came to Toyota with no knowledge of the automotive industry. She had been working in pharmaceuticals, but took a $20K pay cut to get her foot in the door with Toyota because she was impressed with the carmaker's mantra of respect for people and continuous improvement. Once in, she learned all about the industry from scratch, training with various lines of auto making, including management. “One thing I would tell today’s young women: Take every opportunity to improve the diversity of your skill set today—even if you have to take a step back, or take a pay cut—because that will increase your options going forward.”

Kristin Day developed a passion for manufacturing while interning within the automotive industry during college. Excited by the “amount of complexity, change, and the fast-paced environment,” Day took her Organizational Leadership degree to Whirlpool and began rising through the ranks. Today, she oversees operations for one of the country’s most cherished appliance companies, getting there by leading high-performing teams focused on key company initiatives. In addition to her responsibilities at Whirlpool, Day is a fierce advocate of recruiting women into manufacturing roles.

“I think that being a woman in manufacturing and being in the role that I am in, I have a responsibility to be a spokesperson for the field,” Day says. “I think it’s important for myself and my peers to really tell our story and to share experiences, our career path, the struggles, and our accomplishments… being open and transparent helps other women connect and consider, ‘You know what? I can do that too.’” To that end, Day co-leads the Whirlpool Women’s Network, a resource group available to all Whirlpool sites that provides opportunities for people to grow.

Manufacturing runs in the family for Natalie Menke. Her father worked in the industry, which opened her eyes to its many possibilities. While she initially worked for a consulting engineering firm, she missed seeing her designs come to life, something that manufacturing offered. Of course, it’s not without its challenges. “The manufacturing process provides more complications to deal with [versus designing solely on paper],” says Menke. “However, controlling the whole process from design to a finished product provides a full service for our customers and that is very exciting to be a part of.”

When it comes to women in manufacturing, Menke recognizes that there can be struggles, but believes they can be overcome with perseverance. “The degrees that are required to lead in manufacturing are still heavily dominated by men. As such, women are outnumbered,” she says. “The perception can sometimes be that we do not know what we are talking about. However, that is quickly overcome with consistent leadership and technical skills. Once you have proven yourself as a sound technical mind along with leadership skills, the sky’s the limit.”

According to an oft-cited study from Deloitte and the Manufacturing Institute, U.S. manufacturers could face a shortfall of 2.5 million workers by 2025 as Baby Boomers and even some of the oldest members of Generation X retire. The real issue, of course, is that Millennials and Gen Z are not lining up to fill the vacancies due to perceptions of low pay and “dark, dirty, and dangerous” work environments. Could recruiting more women help fill the gap? Influential Women in Manufacturing (IWIM) thinks so.

The IWIM program aims to dispel the notion that manufacturing is outdated, and highlights that many facilities are sleek, clean, efficient, and high tech. They also aim to introduce the trade to more women, who they believe can play a key role in addressing manufacturing’s serious labor crunch. Meanwhile, in the Golden State, the Women in Manufacturing (WiM) California Chapter provides excellent opportunities for manufacturers to expand their local network, build valuable business relationships, and enjoy industry-related programming. Manufacturers and employees are free to subscribe to event notices.

Nominate a Woman Who Inspires You!