Ready or Not, Robotics in Manufacturing Is On the Rise

As industrial robots become faster, smarter, and cheaper, more and more companies are beginning to integrate this technology in conjunction with their workforce. This doesn’t mean that robots are replacing humans, though. While it is true that some of the more undesirable jobs are being filled by machines, this trend has several more positive outcomes for the manufacturing industry.

Here is a brief overview of how robotics in manufacturing are being used to change the industry landscape by increasing productivity and precision while protecting employees from unsafe working environments.

Overview of Robotics in Manufacturing

The word “robot” comes from the Czech word “robotnik”, meaning “to slave.” Factories started using these machines in the early 1960s to handle some of the more dangerous or mundane tasks that humans didn’t want to do. However, they did more than fill unwanted factory jobs; they completed the work with unprecedented speed and precision. Today, robots perform all kinds of tasks and can be classified according to different criteria such as:

As labor costs rise and competition for low-wage overseas locations increases, more and more manufacturers are utilizing robot technologies. In fact, 90 percent of all modern robots can be found in factories.

There are six major types of robotics used for various tasks, including:

Articulated robots have rotary joints that allow for a full range of motion. This allows them to achieve very precise and controlled movements of enhanced flexibility and dexterity.

Also known as rectilinear or gantry robots, Cartesian robots have three linear joints that move in different axes (X, Y, and Z). This unique, rigid structure enables simple movements with advanced precision and repeatability. Since they do not require extensive movements, they are some of the cheapest industrial robots. These advantages make Cartesian robots ideal for assembly line applications, such as picking up and moving bottles.

Some of the first industrial robotics ever used in factories, spherical robots are a more complex variation of Cartesian and cylindrical robots. They can perform tasks that require movement in a three-dimensional space due to having a robotic arm connected to a base via a twisting joint, giving the mechanism a spherically shaped work area.

Selective Compliance Assembly Robot Arm robots (SCARA for short) have arms that are similar to human wrists with joins capable of both vertical and horizontal movement. The “wrist”-like appendage has limited motion which allows it to be ideal for assembly work, like pick and place, kitting, packaging, and other material handling applications.

Built from jointed parallelograms connected to a single base, delta robots have a spider-like appearance to make delicate, precise movements that are useful in the food, pharmaceutical, and electronic industries. They can complete highly repetitive tasks, such as small part assembly, quickly and precisely each time. Since such repetitive movements have been known to cause musculoskeletal disorders in human employees over long periods, so Delta robots are beneficial not just for their efficiency but also in terms of health and safety for employees.

What Do Industrial Robots Do?

Due to the wide variety of robotics and their abilities, industrial robots have numerous applications in manufacturing. Typically, robots in the manufacturing industry are needed for:

All of these applications are conducted with a speed and precision that cannot be matched by manual labor.

With continued advancements in robotic automation, industrial robotics continue to emerge as influential players in the global market. Here are some of the industries utilizing automation for greater efficiency, productivity, and precision.

The automotive industry has much to thank from automation. For over 50 years, robotic automation has been employed in the automotive industry in the assembly line process and product testing. Many automotive facilities see human employees work alongside robotics to help speed up production. Since robots are more flexible and don’t need to rest, they can perform the same monotonous tasks with speed and accuracy.

Manufacturers have to keep up with the constant demand for smartphones, flat-screen TVs, and other electronics. This is possible with the help of automation technology. These types of robots are capable of increasing production on factory floors without increasing the need for valuable space. This industry has specifically employed the use of Cobots for their variability in task handling and ability to work alongside employees.

The medical community has greatly benefited from advancements in robotic automation. Robots are now helping surgeons perform surgeries that require precision. In one scenario, a surgical semi-autonomous robot performed better than the human surgeons with increased precision and less damage to the surrounding tissue. When even the blood pumping through a surgeon’s hand can affect a surgery’s precision, the accuracy of robots can ensure higher rates of success in delicate medical procedures.

Robotics in the manufacturing of food and beverages help to improve product quality by detecting defects in the production process through the use of machine vision sensors and cameras and processing hardware and software algorithms. The results are the better consistent quality of food products and improved safety for consumers.

The agriculture industry has been utilizing robotics to increase productivity while lowering costs. With sensor technology, farmers can monitor diseases and pests that negatively impact crop yields. Automated systems that run operations such as pruning, spraying, and weed removal are becoming increasingly popular.

Save Money with Manufacturing Robots

Manufacturing robots offer numerous benefits, including cost savings. This may be surprising, since smaller manufacturing businesses may assume that purchasing robotics is an expensive investment. While the initial cost may be steep, the benefits can save manufacturers thousands of dollars in reduced costs and improved productivity.

The first and probably the most obvious way that robots reduce manufacturing costs is that they do not require compensation. Although the initial cost may seem daunting, manufacturing companies will see a long-term return on their investment. This is due to several key benefits:

Industrial robots offer manufacturers greater consistency and better quality when performing repetitive tasks. Their behavior is predictable and their movements are precise. This means they are able to produce high-quality products with little variation and greater consistency than their human counterparts.

Additionally, robotic workers do not need to take breaks and can work 24 hours a day without shift changes or other interruptions. Once a robot has been correctly programmed and trained to do a certain job, it can speed up production by decreasing part cycle times and creating more efficient manufacturing processes which translates into higher profits. 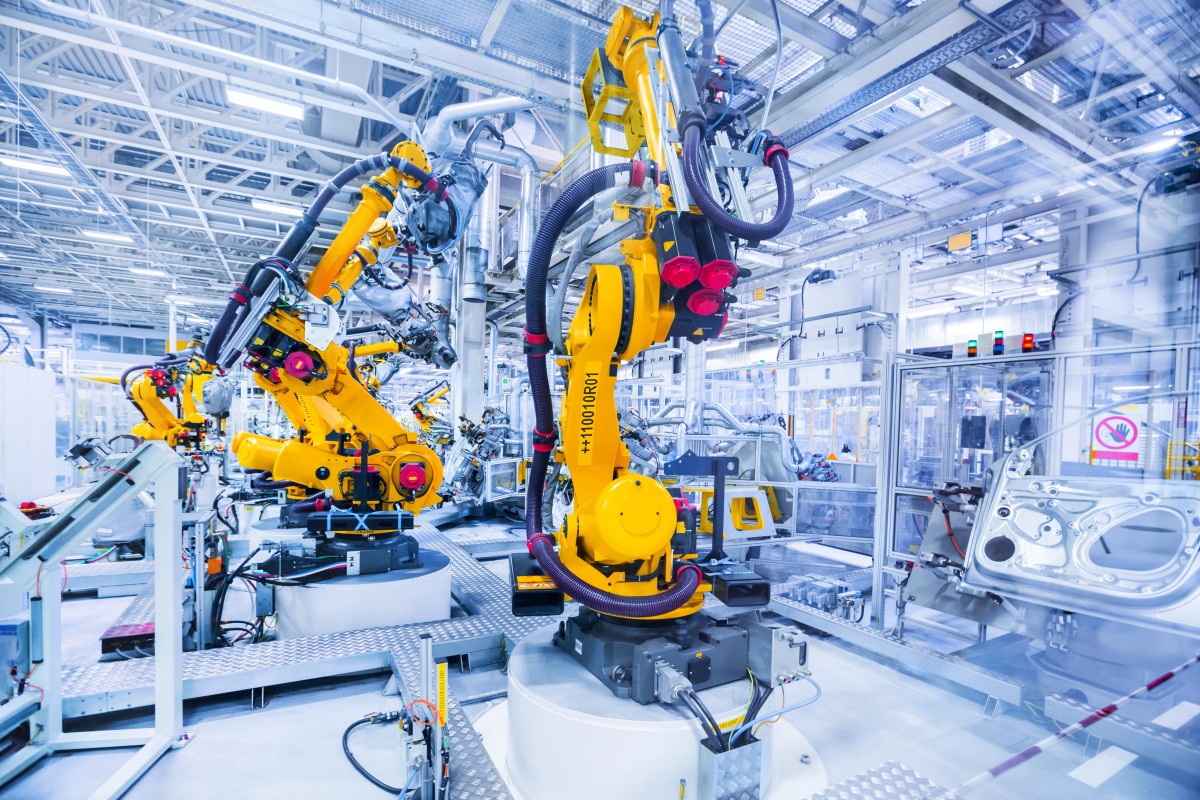 Robotics as a Competitive Business Solution

Automation in manufacturing is highly cost-effective for companies of all sizes. Rather than outsourcing jobs overseas, smaller companies can use robots to perform selected tasks at a lower cost and with higher quality results than with outsourced workers.

This is important as it allows manufacturers to keep their operations in the U.S and still compete in the global marketplace. In fact, automation is becoming more and more necessary for companies who wish to create more jobs in the U.S and stay competitive.

Opportunities for Job Growth in Robotics

One of the biggest impacts of robots in the manufacturing industry is that they will create new job opportunities for human workers. Instead of moving heavy parts or performing monotonous tasks, workers can learn to program and conduct maintenance on the machines. A report from a Swiss think tank predicts that while robots will displace 75 million jobs globally by 2022, they will create 133 million new ones - a net positive of 58 million jobs.

As the manufacturing and robotics industries continue to grow side-by-side, a slew of new job opportunities are being created. Not only are these types of jobs more desirable, but they also take human workers out of potentially dangerous situations. Robots can accomplish highly repetitive tasks without the risk of injuries like carpal tunnel syndrome, or be employed for dangerous tasks where employees would be exposed to dangerous fumes or environments. For example, robots have been responsible for handling radioactive waste since before the 1980s.

Gearing Your Business Up for Robotic Manufacturing

Thanks to industrial robots, the manufacturing industry is on the verge of a revolution. As robotics in manufacturing processes becomes even more intelligent, efficient, and cost-effective, robots are being called on to handle more complex tasks. But this doesn’t mean robotics are out of reach for small to medium-sized manufacturing companies.

With the right guidance, you can determine which manufacturing robotics can be right for your manufacturing facilities and production processes. Reach out to the robotic automation experts at CMTC and see how robot manufacturing can transform your own business!