Setting the Stage for a Robust 2018 for California Manufacturers 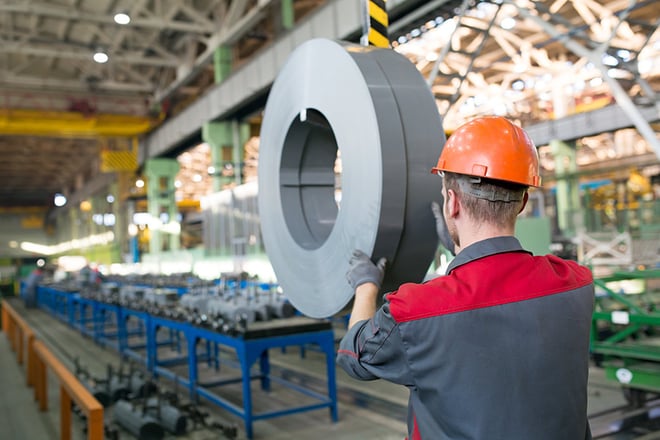 Bolstered by manufacturing wins in 2017, many California manufacturers are welcoming the new year as a chance to further improve their fortune while fostering growth that benefits both American manufacturers and consumers. But before we look forward, it’s important to reflect upon some of 2017’s significant manufacturing developments.

The Golden State has a diverse economy and is a global leader in technology, aerospace, biosciences, entertainment, and other innovative industries. Millions of tourists each year help boost the state’s economy while its farmers and ranchers provide food to people across the world. Manufacturing, thus, remains a valuable production and distribution channel to create products for these industries.

Following the continuing push of their counterparts across the U.S., California manufacturers are striving to produce more of what customers at home and abroad want, and deliver them at a profitable price for their companies and reasonable cost for their customers.

The Future of Manufacturing survey done by the Industry Week showed strong growth expectations among manufacturers surveyed, with nine out of ten expecting revenues to increase and 58% foreseeing 5% growth or higher per year within the next five years. The National Association of Manufacturers (NAM) acknowledges that the manufacturing sector of the U.S. alone can be considered as the ninth largest economy in the world.

In a vibrant economy, more businesses mean more jobs and personal income increases, which gives consumers higher buying power for manufactured products. Effective January 1, 2017, California amended its labor code to increase the state’s minimum wage to $10.50 per hour for businesses with 26 or more employees and $10 per hour for businesses with 25 or less employees. Increases will continue each year until the minimum wages reach $15 and $14, respectively. These wages increase add to people’s capacity to buy the products they want.

The Return of Manufacturing Jobs

Around 2000 to 2009, some six million U.S. manufacturing jobs disappeared and wage growth stood still. The jobs were partly taken over by robots, but the bulk — 2.4 million jobs according to expert estimates — were lost to China when the country joined the World Trade Organization in the early 2000s.

Now, the tide has turned. According to the Reshoring Initiative, an organization that helps bring U.S. manufacturing jobs back home, opportunities are gradually returning because labor and other costs of doing business in China and other host countries are becoming prohibitive. Reshoring and Foreign Direct Investment (FDI) job announcements were up 250% for the first three quarters of the year in review compared to 2016.

The Rising Role of Robots and Artificial Intelligence

Robotics in manufacturing is not a new concept. The automotive industry has long touted their usefulness in the application of brunt force and heavy-duty functions; they are also ideal for repetitive tasks such as grinding, milling, polishing, or surface smoothing. Today’s new robotic models take things a step further, possessing the ability to autonomously detect problems and adjust workflow. In addition, robots continue to break ground on new capabilities in working with humans while performing intricate and finite tasks with flexibility and precision.

The trend for smarter robotics is spreading to other industries, such as food and beverages, pharmaceuticals, life sciences, biomedical, and many more. Continued innovative technologies, such as artificial intelligence (AI), are accelerating demand for industrial robots, with robot sales reaching a new peak of 294,312 units in 2016.

Not everyone loves robots, though. There is an understandable anxiety over fears that robots may be taking away jobs; think of how AI powers a driverless car or defeats you in a chess game. But robots can never completely eliminate the human workforce—who writes the program for the robot? Who creates the source code for AI?

Who manages and repairs advanced robotic systems? These and many more functions actually create new job opportunities that only humans are qualified to do. And think about this: if robots were to take over all human jobs, and human workers have no source of income, who would consume the products they manufacture?

Exciting economic growth, increasing wages, the return of jobs to American soil, and advances in technology have made 2017 one for the record books. And with the year in review adding 196,000 manufacturing jobs, the stage is set for a robust 2018. Today’s markets, however, are wrought with complexity, volatility, and uncertainty that can bring surprises to the profitability equation. But for experienced business leaders, both positive and negative developments can always be viewed as an opportunity.

Want to see which topics were hot button issues with readers on the CMTC blog? Read more plus plus discover five trends expected to make waves in 2018.

Topics: Made in California, Manufacturing Solutiions