The Biggest Myths About Advanced Robotics in Manufacturing: Solved

Advanced robotics technology has come a long way from when the first robotics hit factory floors in the early 1960s. Today’s robots are more intelligent and versatile, and able to go to work with little to no human intervention. And, like anything that’s not fully understood, the rapid advancement and adoption of robotics have produced everything from the fear of "they’re taking over!" to the fear of "we're missing out and we can’t afford them."

What Are Advanced Robotics?

Advanced robotics is the result of combining the sophisticated hardware and programming that use Smart technologies such as artificial intelligence (AI) and touch and light sensors to impact manufacturing processes. These advancements have allowed advanced robotics to run around the clock without stopping, even without human oversight.

How Are Advanced Robotics Impacting the Manufacturing Industry?

Manufacturing has been greatly impacted by advanced robotics. Simple, industrial robots have already been making significant impacts in multiple industries since they were first introduced in the 1960s. Currently, about 2.7 million industrial robots are operating on industrial floors around the world. This impact cannot be overstated; robots have streamlined the overall assembly workflow and increased collaboration with human operators and employees. By streamlining repetitive tasks, robots can produce high volumes of materials quickly and without the fatigue that human workers may experience with the monotonous nature of work.

The increasing abilities of advanced robotics have allowed them to accomplish repetitive tasks faster and even more efficiently. By absorbing data, advanced robotics enable manufacturers to gather valuable insights into operations for better decision-making. Due to machine learning technologies, advanced robotics can avoid making errors that lead to scrap waste, lost revenue, and extended downtime.

Use Cases for Advanced Robotics in Manufacturing

There are numerous challenges throughout industrial applications that advanced robotics can mitigate, as well as increase overall product quality and efficiency.

Advanced robotics in the form of material removal and finishing robotics and autonomous polishing machines can provide polishing, grinding, and buffing solutions for industrial applications. With robotics, manufacturers can provide efficient grinding, deburring, and finishing for product parts and ensure a uniformity and consistency that is impossible to be matched by manual labor. Besides the efficiency the robots bring, using advanced robotics for these tasks by protecting them from potentially serious health and safety risks associated with these processes.

Material handling solutions in the form of advanced robotics can range from a variety of automated systems, such as robotics, smart sensors, and feeding systems. By using machine learning algorithms and sensors, these robotic solutions can reduce the chance of errors and produce reliable and consistent results, drastically increase uptime, and enhance employee safety. 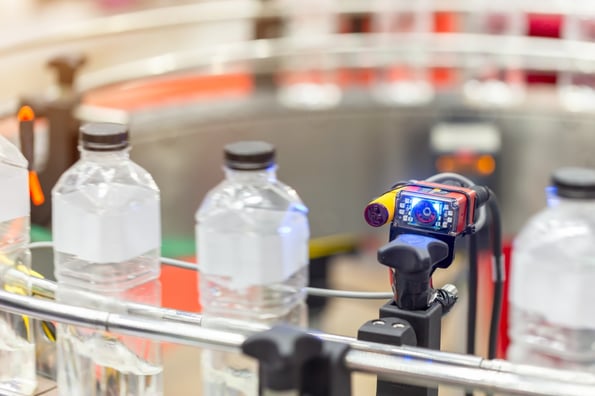 Advanced robotics outfitted with dynamic QR codes can gather valuable data in real-time about inventory throughout the production line. The data gathered can be accumulated into a final product inventory database which can enable manufacturers to quickly identify possible inefficiencies in the production process, determine where and why the issue could have happened, and allow for any steps to recall products with defects.

Despite these advantages, manufacturers may be wary of advanced robotics technology due to some common misconceptions. It’s time to set the record straight about some of the myths surrounding robots.

1. Advanced Robots Are Too Expensive

Most manufacturers understand that robotics can help them make things faster and cheaper, and keep competition at bay. But many, especially small-to-medium size manufacturers, worry about the expense of advanced robotics.

Instead of focusing on the cost of robots, manufacturers should instead think about the Return on Investment (ROI). Robots are used in every industry because they save manufacturers money. When RK Logistics Group in Livermore, California brought robotics to their warehouses, they reported significant savings following six months of continuous operation. The robots operate alongside their human coworkers, making them more efficient and productive by eliminating simple tasks. “Within a few short months we saw a full ROI on our implementation,” says Cindy Traver, Senior Director of Operations. “We are able to pass the savings from this initiative on to our consumers.”

If stories like these are not incentive enough, Dr. Howie Choset of the Advanced Robotics Manufacturing Institute (ARM) emphasizes the importance of automation with robotics for small companies. “Automate or evaporate,” he says. “[Small companies that] don’t embrace automation will not be around in the future.” And to help manufacturers embrace robotics, ARM is heavily investing in not just the technology itself, but the training of workers.

However, robotics are being more affordable and accessible for smaller manufacturers now more than ever. With analysts predicting that the industrial robotics market will nearly triple in less than ten years—with smarter, safer collaborative robots (“cobots”) making up a large part of that—there is no better time for manufacturers to get in the robotics game.

From books such as I, Robot to movies like WALL-E, it seems that as a culture, we are obsessed with the idea of a robot revolution. However, even though we are fascinated by robotics, we are a little bit frightened by its potential impact on our daily lives. In fact, thirty-seven percent of American workers between the ages of 18 and 24 are worried about losing their jobs to new technology.

And while it’s true that advanced robotics eliminates some manufacturing jobs, it is also creating them and making them safer.

“Pessimists often assume that robots can do most jobs, when in fact they can’t,” says Robert D. Atkinson of the Information Technology & Innovation Foundation (ITIF). “[They also assume that] once a job is lost there are no second-order job-creating effects from increased productivity and spending.”

Aside from creating new jobs, robotics can also help bring back US manufacturing jobs that had been lost overseas—especially to China. The “Red Dragon of Asia” has emerged as the largest growth market for robotics, bringing in more than two times the amount of industrial robots as American companies. “We need to embrace this disruption if we want to avoid being taken out of the game altogether,” says University of Colorado professor Nikolaus Correll, Computer Science Professor. Additionally, innovative technologies and robotics can provide new growth opportunities for small to medium-sized manufacturers. Performance can be easily monitored since tasks can be completed with unprecedented speed and precision while digital tools increase real-time visibility into the production cycle. 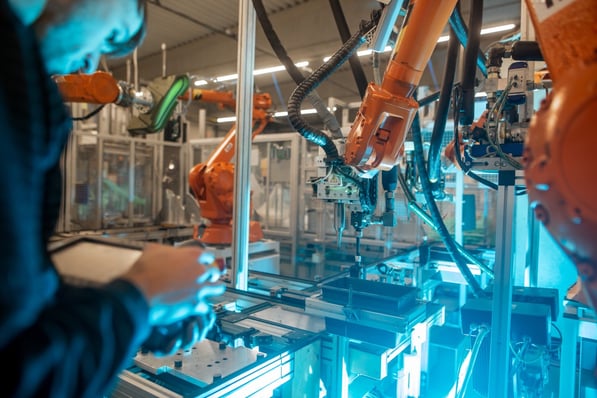 3. Robots Are Too Complicated

Sure, they’re complicated to create. But the creators are working hard to make them easy to program and operate to make robots accessible to those who aren’t roboticists (a term coined by author Isaac Asimov that is now a real thing). In fact, programming robots can be easy enough that workers displaced by a robot may end up operating it.

To understand just how simple programming can be, one needs to look no further than Cozmo. Created by San Francisco-based company Anki, Cozmo is a programmable robot that lowers the bar for programming from “high school whiz kids to grade school children.” A brief look at Cozmo in action shows how this technology could be applied in today’s manufacturing environment.

Advanced robotics should be embraced, not feared. They’re making the manufacturing space safer and more efficient, and helping US manufacturers compete with companies overseas. Best of all, they’re becoming less expensive, providing new opportunities for small- and medium-sized manufacturers. Steve Wozniak once said he was afraid of humans becoming robots’ pets; but today he’s changed his tune, stating “I believe optimistically that the robots we’re building are going to help us have better human lives.”

So if the co-founder of Apple can get rid of his fear of robots taking over, why shouldn’t you?

Interested in Advanced Robotics? See How CMTC Can Help!

If you are interested in an advanced robotics solution, then there are many automation options to choose from depending on your specific applications and industry.  For most small and medium-sized companies without any prior experience, the best course of action is to engage in professional robotics expertise rather than going it alone.

CMTC can provide counsel and provide you with clear options on which to base and make an informed business decision. Let us show you the possibilities of employing advanced robotics and make clear your options for success.