Small To Medium-Sized Manufacturers: Can I Benefit From Automation In My Business? 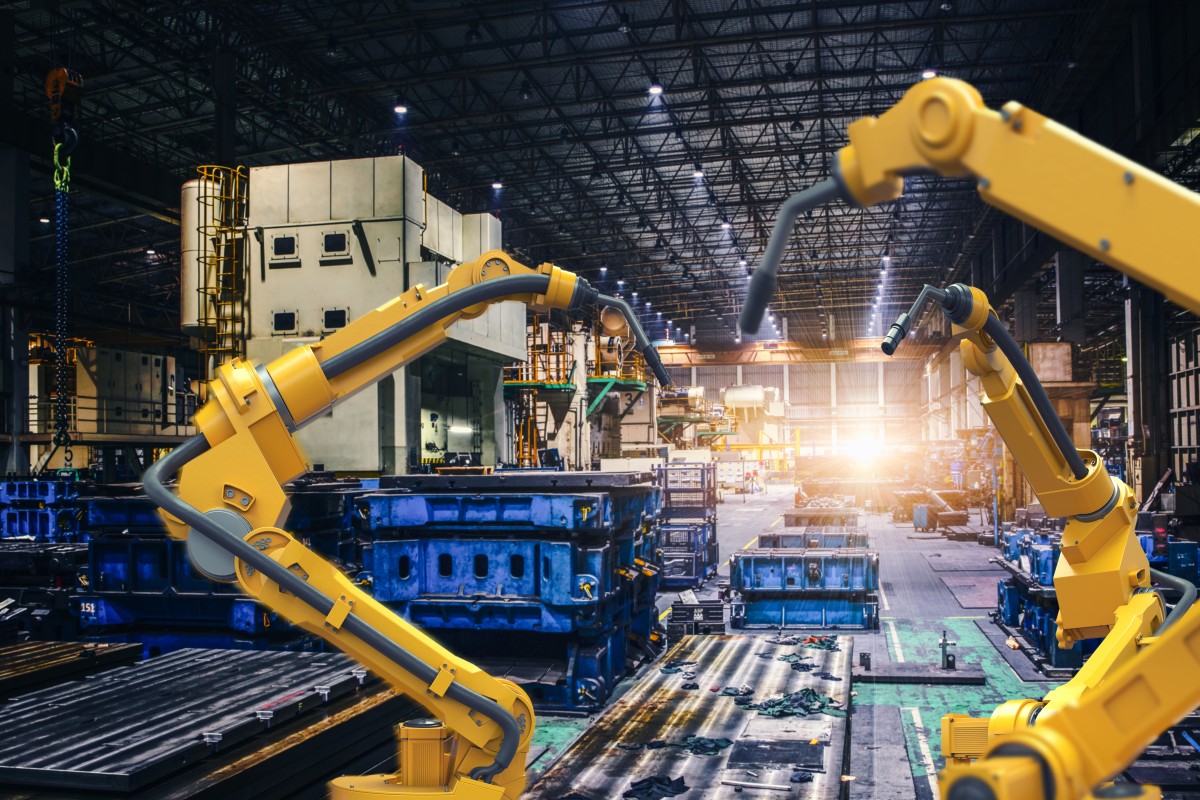 Industrial robots have been in existence and commercially available for over 65 years.  Factory automation, a more all-encompassing term, has been in existence in one form or another for considerably longer than that. Humans have continually come up with solutions to  solve a wide variety of manufacturing problems in order to make the job of  making things more efficient, safer, and cost effective. The creativity of man to do this never ceases to amaze. The available technology continues to improve in many respects but  particularly in terms of capabilities and ease of use.

That being said, the myriad of available automation products, the jargon of the automation industry, the sheer number of choices that are available, and the nuances between them can often be difficult to digest and comprehend by the uninitiated. The following is intended to provide you with a sense for recent developments in automation that, for the first time, make sense for small and medium-sized businesses to realistically afford and use in their manufacturing processes. The development areas that I will concentrate on are relative to programming/implementation complexity, limited available space, and cost.

Let’s talk for a moment about the term, factory automation. For purposes of this discussion, let’s  leave out standard, single-purpose/dedicated machines like sewing machines, broaching machines, drill presses, CNC milling machines, and other similar machines that are readily  available for sale “off the shelf” from dealers. What I would like to talk about now are machines  to handle more specialized manufacturing applications that could be designed and used to handle or assemble your product.

The first decision point for a small or medium-sized manufacturer is to figure out what kind of automation is right for the particular need? Basically, this becomes a decision between 1) Hard Automation and 2) Flexible Automation (Robotics) or possibly a combination of the two. If your need is to produce high volumes of the same or similar part as fast as you can, then you should  probably be looking into hard automation. The pro of hard automation is that it does one thing  very well, but generally speaking, cannot accommodate changes very easily. Hard automation  usually uses cams and mechanisms that provide the necessary motion – no more and no less, to accomplish the task as quickly as possible.

If you have a product or parts used in your product that need to be manufactured in high volumes with infrequent or no need to change their design in the foreseeable future, then hard automation is probably the area that you need to consider. If so, your next stop is a “custom  machine builder.” Custom machine builders will use off-the-shelf automation components but also add their own knowledge and experience to design a system to meet your particular needs and requirements. These systems range from totally automated to semi-automated.  Semi-automated systems are more likely primarily due to cost. Even if a totally automated system is the end goal, most small and medium-sized manufacturers, especially those new to automation prefer to ease into automation and adopt a “phased implementation” approach.   That is, a system that can initially take care of portions of your needs but can be upgraded to gradually become more automated. The reason is primarily economics but it may also be  prudent to adopt a walk-before-you-run approach and get a feel for costs and benefits of implementation automation as an initial step.

Flexible automation, on the other hand, involves the use of industrial robots. Robots are the generalists of the automation world. They provide multiple axes of programmable motion and  can store multiple programs to perform different tasks as needs change. If you have several different but similar parts to be run, then flexible automation is likely the solution to be considered. Industrial robots can be re-tasked to work on different applications in contrast to hard automation. It is worth noting that I made no mention of the ease of accomplishing this.

Industrial robots come in a variety of types each with its pros and cons and considerations  relative to user need that would dictate choosing one type of industrial robot over another. Some of these include: Repeatability of positioning, speed required, range of motion  needed, the ability to be washed down (various ratings), safe for use around human workers, etc. Manufacturing is changing and many of these changes warrant having more flexibility to adapt to changing future needs. Whereas new products used to come about every few years  or  so,  the trend today is for more frequent product introductions and/or the ability and desire to customize products to meet specific customer wants, or both.

Flexible automation also differs from hard automation in that the level of automation is often more of an application rather than an in-one-end-and-out-the-other-type  system. Robots are  used to perform repetitive tasks very quickly. A good way to think of general applications for industrial robots are the 3 D’s: Dull, Dirty, and Dangerous. There are many reasons to consider using an industrial robot to perform an operation that is currently being handled by a human not the least of which is economics. Injury is one consideration. The human body is just not well suited to performing repetitive motions and is subject to painful and costly injuries such as carpal tunnel syndrome. In addition to injury to the worker, there are negative effects to the manufacturer in terms of lost productivity, workman’s compensation, etc.

On the positive side, the use of industrial robots could increase efficiency, volumes, and help to lower unit costs. Repetitive tasks also become monotonous and quickly not interesting for  humans. As a result, many companies often have a “revolving  door” and ongoing difficulty of  finding, training, and retaining workers to perform such tasks. In addition to the costs, relying on  human labor to perform such basic tasks can become challenging, especially when unemployment is low and workers have choices.

How Can CMTC Help?

If you are interested in a hard automation solution, then the recommendation is to use a custom machine builder. But which one? If flexible automation better describes your need, then a system integrator is what I suggest. Again, for most small and medium-sized companies  without any prior experience, I think that the best course of action is to engage a professional  rather than going it alone.

CMTC has the ability to provide counsel and provide you with clear options on which to base and make an informed business decision. Let us show you the possibilities and make clear your options.

Topics: How to Grow Your Manufacturing Business, Automated Factory Systems